Smartphones are a necessary part of our daily lives. We hear about the numerous myths on how to eke out more life from your smartphone battery. 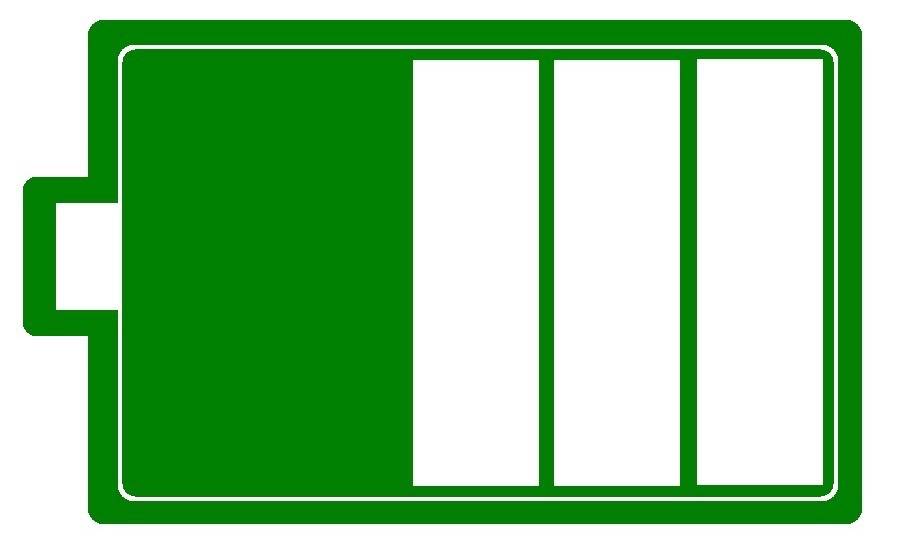 This is for smartphones

Let’s open with the most persistent overarching myth: that you can somehow baby your phone’s battery to keep it in good health forever.

A smartphone battery is, ultimately, a consumable good. Like a battery in your car, the battery exists to be used and, when it has reached the end of its life cycle, replaced.

Sure it’s a minor hassle to get the battery on your phone replaced, given that many phones have sealed-body designs now. But it’s not particularly expensive to do so. You might have to spend $50-$70 for a new battery.

Kill Apps to Save Battery Life

Your phone was designed to be used the way the vast majority of people use it: opening apps when needed, never actually closing them, and just letting unused apps sit off to the side when moving on to the next app; leaving the original apps to hang out in a sort of suspended state until needed again.

Your phone was not designed with the idea that you, the end user, would force quit an app when you were done using it as if you were closing apps down on a desktop computer. That’s true for iPhones, and it’s true for Android-based phones.

Yes, there are rare instances of poorly coded applications using too much background data or otherwise negatively impacting your battery life. If you have an app you really need to use, and it’s one of those apps, force quitting it when you are not actually using it might be wise.

But for the majority of us, closing apps is a waste of time, and actually hurts the performance and battery life of your phone.

Discharge the Battery to 0% Before Using

The consumer use of lithium-ion batteries is fairly recent. Because of that, many people either have first-hand experience with older (and more finicky) batteries or were given advice by people who did.

Some types of rechargeable batteries suffer from “memory” issues. That’s not the case with lithium-ion batteries. In fact, you should go out of your way to avoid fully draining the battery. In general, your phone battery is healthier when it is being regularly used and charged.

However, once or twice a year it is useful to let your lithium-ion battery drain all the way down before recharging to recalibrate the battery. That does not extend the life of the battery, but it does ensure that your phone software can accurately report the charge of the battery.

While Charging Don’t Use It

This myth is based on the idea that heat is damaging to your phone and to the battery life. That’s not entirely untrue. Your battery is healthier operating near room temperature (and actually works a little better in cooler-than-room temperature conditions). Electronics, in general, do not like heat.

But the little bit of heat introduced by charging and then the extra heat introduced by you using the phone is not a big deal. Should you charge your phone while sitting in the direct summer sun, playing the most demanding mobile game you have? No, probably not. But anything short of those kinds of stress-test conditions is fine.

Third-Party Chargers Will Damage Your Phone

Is it ideal to only use first-party OEM chargers created by the manufacturer specifically for your smartphone? Sure. Is it a huge risk to do otherwise? In most cases, not at all.

There are plenty of really great third-party chargers out there from reputable companies like Anker, Belkin, Spigen, and so on.

What you want to avoid are the poorly constructed and poorly quality chargers you find at gas stations, flea markets, and other places where bargain-basement no-name products are sold. Do not trust your phone to a $4 gas station charger.

Fast and Wireless Charging Will Damage Your Battery

Let’s lump these two together because the basis of the myth is the same. There is a long-standing belief that using a fast charger or a wireless charger damages your battery because it introduces excess heat that degrades the battery circuits.

Technically, it’s true that the brief period of intense charging during the peak of a fast charging cycle introduces more heat than not using fast charging would introduce.

It’s also technically true that the inherent inefficiency of a wireless charger over a wired charger will also introduce extra heat.

Neither of these has an impact significant enough to merit any real consideration, that’s why new cars feature wireless charging.

Here’s another myth that was significantly more true in the past and barely relevant today: leaving your phone plugged in to charge overnight is bad for the battery.

Having a fully charged and ready-to-go phone in the morning far outweighs any minor wear and tear overnight charging might put on the battery.

Battery Is Damaged by Turning It Off at Night

Your phone is designed to be on all the time. Not a single phone manufacturer has designed their device with the intention that you power it down and put it in a drawer when you are not using it.

Sure, you can extend the life of a lithium-ion battery by charging it to roughly 50-60% and then storing it in a cool, dry place. But this is your smartphone, you do not have to put it in storage, instead, you use it every day.

Disable Bluetooth and Other Features

Years ago, disabling features to save battery life was a far more useful tip than it is now. To be certain, any features on your smartphone that require energy such as Wi-Fi, Bluetooth, background data, and so on, will impact your battery life.

Turning off Wi-Fi when you are on a plane and not using the plane’s in-flight Wi-Fi, for example, is a straightforward way to squeeze out a little battery life if you do not have a charger handy. And disabling background data updates for a particular app that is aggressively polling for data you do not need constant updates about is also a wise decision.

But turning off Bluetooth and Wi-Fi, leaving your phone in Airplane Mode, or disabling all background data is overkill. For day-to-day use, it just makes your phone a pain to use.

The same thing goes for Low-Power Mode. If you are stuck between locations where you can charge your phone, by all means, use it. But keeping your phone in Low-Power Mode just makes it more frustrating to use.

Micro-managing how you charge your smartphone can, at best, only add a tiny amount to the battery’s lifespan and is hardly worth worrying about.

Quote For the Day

The only way to define your limits is by going beyond them.

Checkout TechSavvy.Life for blog posts on smartphones, PCs, and Macs! You may email us at contact@techsavvy.life for comments or questions.

Please feel free to leave a comment. I would love to hear from you. Do you have a computer or smart device tech question? I will do my best to answer your inquiry. Just send an email to contact@techsavvy.life. Please mention the device, app, and version you are using. To help us out, you can send screenshots of your data related to your question.

You can access the e-book from a Kindle device, the Kindle App for the desktop or smartphone, which is a free app.

Click here to preview or order. Although this is not technical, I thought I would give a plug for my e-book published in December 2018. You can access the e-book from a Kindle device, the Kindle App for the desktop or smartphone, which is a free app.